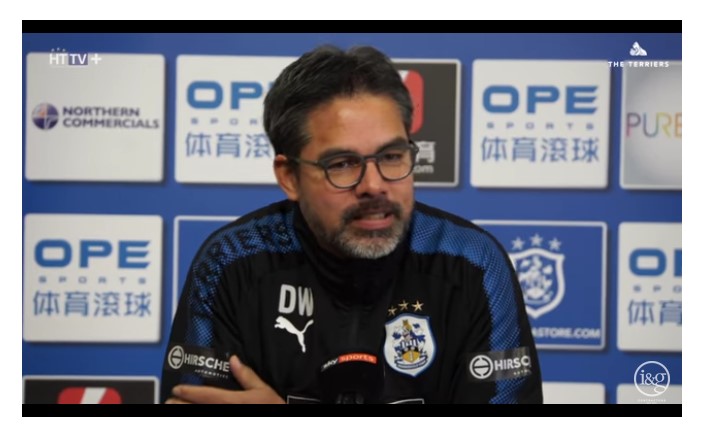 Huddersfield Town Head Coach David Wagner is excited to see his side in action again at the John Smith’s Stadium when Brighton & Hove Albion visits on Saturday afternoon.

The Terriers come into the game on the back of a tough run of results against some of the Premier League’s best teams but David is not worried, as he explained to the press and #HTTV at PPG Canalside on Thursday afternoon.

“We don’t enjoy having a few defeats in a row, but on the other side we had the experience of less successful periods in the Championship too and we were always able to fight through it and bounce back, “David explained.

“We have to be honest with ourselves; it isn’t a surprise that this can happen in the Premier League. We don’t enjoy it and we will try everything we can to get the turnaround on Saturday.”

The next chance to record a victory comes this weekend when another of the league’s newly promoted sides – a regular opponent over recent years – arrives in West Yorkshire.

Although Town and the Seagulls are familiar with each other after last season’s race to promotion, Wagner explained that a lot has changed at both clubs since the last meeting; a 3-1 home win and one of the performances of last season from his side.

“At the least, (the last meeting with Brighton) doesn’t give us a bad feeling!” he joked “However, we know this was last season and both teams are slightly different. We have the same managers and we are both now in the Premier League.

“We will be able to take some positive things from our last games against Brighton, but at the end of the day this is a new challenge, a new game and a new task for us. We are very excited to play this game.”