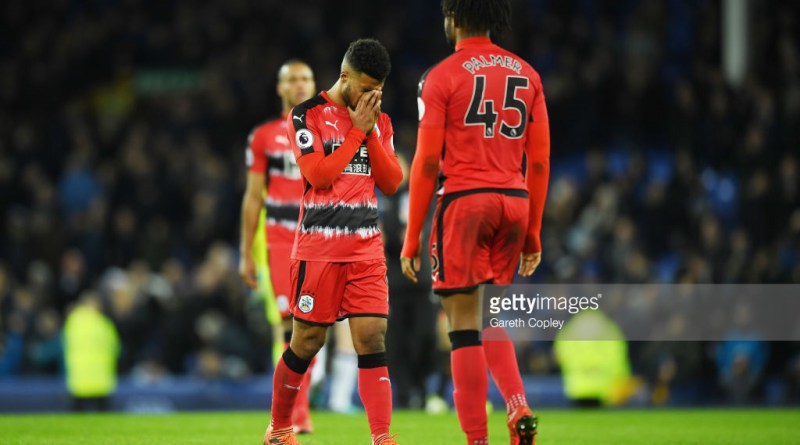 With just nine goals in the Premier League this season, three of which came on the opening day of the season, it is clear to see why Town’s form has recently slumped.

Up until recent weeks, Town’s goal scoring problem has been subsidised by mammoth defensive efforts which saw Town become the last side in the Premier League to concede.

However, as performance levels have understandably dropped, a combination of error-strewn performances and world-class opponents have seen Town’s defensive resolve crumble.

This piece delves into the statistics to explain Town’s goal problem and offers some potential solutions going into the busy Christmas period.

The first place to begin is chance creation. Chance creation or chances created, according to Opta, is defined simply as “assists plus key passes”.

In this piece, a key pass is understood to be “the final pass or pass-cum-shot leading to the recipient of the ball having an attempt at goal without scoring”.

Beginning with this as a gauge, Town average 6.1 key passes per game.

With an average of just 6.1 key passes per game, this statistic alone underpins Town’s difficulties in creating scoring opportunities.

This contrasts greatly from Aaron Mooy who creates 1.5 key passes a game, despite playing in the deeper holding midfield role.

A temporary solution, at least until the January transfer window, could see a combination of Jonathan Hogg and Danny Williams playing as a double pivot which would allow Aaron Mooy to be far more influential further up the field.

However, looking deeper at Town’s action zone, there is a bigger issue.

With the majority of Town’s activity occurring in the middle third, it would suggest that Town are not sustaining play in areas in which they can hurt the opposition.

The diagram above also suggests that Town are struggling to make the transition, when in possession, from the middle third to the opposition third. This leads to two significant problems.

Firstly, it supports the suggestion that Town are unable to occupy dangerous areas of the pitch which could explain Town’s low shot per game average (this is addressed in greater detail below).

Secondly, Town’s struggle to transition from the the middle third to the final third also has an impact defensively. It is these broken down transitions and turnovers of possession in the middle third that have often led to chances for the opposition. In the Premier League, these mistakes can and have often proved to be fatal.

Building on the fact that Town’s possession is predominantly in the middle third, there is another significant issue that derives from the statistics.

There is a stylistic mismatch between the approach taken and the types of goals that Town have scored.

Last season, Town averaged 55% possession, which was the third highest in the Championship. David Wagner’s side also completed the second most amount of passes, behind only Slavisa Jokanovic’s Fulham side.

This domination of possession underpinned Town’s success and the style of play that David Wagner advocated. However, this season, Town have averaged just 45% possession.

With this adaptation, understandably implemented to counter the calibre of opposition in the Premier League, how Town score has also needed to change.

And yet, despite a lower average possession percentage, Town have only registered one goal from counter-attacks so far this season.

Without a counter-attacking threat, the threat that Town poses can often be viewed as one dimensional and comfortable to deal with, especially if the quality of service is found lacking.

Looking at Town’s current attacking options, nobody can fault Laurent Depoitre’s work ethic but it feels like Town are missing an alternative; a striker that is capable of posing a different threat by making runs in behind and stretching defences. A player like that could go a long way towards solving Town’s goal-scoring problem.

Profligacy in front of goal

As well as chance creation itself being an issue, Town’s profligacy in front of goal has also been a major issue underpinning Town’s goal problem.

It was also an issue last season, as Town finished as the second lowest goalscorers in the top half of the Championship (56) with only Derby County scoring less than Town.

Whilst David Wagner has looked to address this with a number of signings in the summer, Town’s goal-scoring difficulties last season have continued into this season.

One of the biggest issues that David Wagner needs to address is the low distribution of goal contributions, particularly across the trio that play behind the lone striker. This season, Town have only had four goalscorers.

An amalgamation of the issues highlighted above have led to a situation where Town sit second bottom for the amount of shots at goal (127).

This leads to an average of 8.5 shots per game. The diagram above shows that Town have the joint second lowest average in the league, with only West Ham United having fewer shots per game than Town and Brighton.

Paradoxically, it means that Town have only missed five ‘big chances’ so far this season.

Whilst this could be interpreted as a positive, it is correlated with Town’s struggle to create clear-cut chances, which the 10.2% conversion rate of chances, also suggests.

Looking at Town’s shot zones so far this season, one potential reason why the conversion rate is so low is the area of the pitch where Town’s shots have been taken.

With only 52% of Town’s shots this season coming from inside the box, Town have struggled to create clear-cut chances.

From this graphic alone, it is clear to see that Town need to find a way of boosting the percentage of shots that occur from within the 6-18 yard box.

The question is then: do Town have the composure and quality needed in the final third to fashion those clear-cut chances or will the January transfer window behold the answers to Town’s goal problem?

I will leave that to you to decide.

This long-read has quantitatively analysed the available data in an attempt to understand why Town have had difficulties in front of goal.

From chance creation (or a lack of) to profligacy in front of goal, there is plenty of work that needs to be done. But if David Wagner can find a solution to the goal problem,  form and confidence will return and I am sure, Town will begin to climb back up the table, once again.